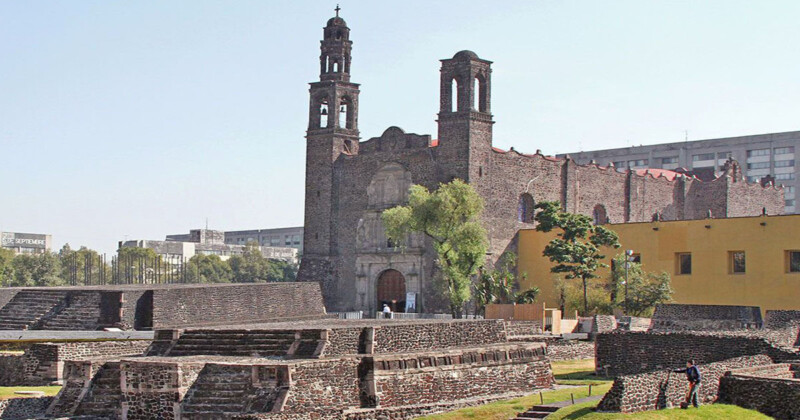 In this combination we will visit the most important commercial center of pre-Hispanic Mexico. Tlatelolco was the second capital of the Aztec empire, its name from Nahuatl origin means: “Earth piled up.” Its inhabitants formed together with the Tenochcas or Mexicas, a single group from the mythical Aztlán.

It in the same square of Tlatelolco exist two magnificent structures: The Church of Santiago, and the former franciscan convent built in colonial times, the first in the 16th century and the second in the early 17th century.

Teotihuacán. Place where the gods were made; city of the gods is the name given to what was one of the largest cities in Mesoamerica during pre-Hispanic times.