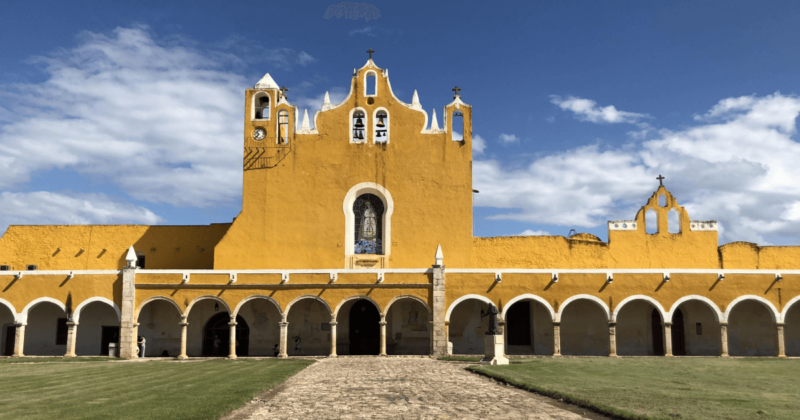 Know as the yellow City, or the three Cultures City, Izamal was build on the foundations of the ancient city in honor to Itzamna god, nominated one of the Magic Towns in Mexico country be cause keep many traditions, one of those is the building’s color in the main part of the city.

Located only 1 hr from Merida City, Is Izamal where you can see the Franciscans convent, one of the oldest buildings made by the Spaniards. After they conquer a Mayan City turn the Mayan people to slaves, and demolish theirs temples to  reuse the stones to build the convents, houses, city halls, and many more buildings which are from the 16th century, you will have the opportunity to visit the convent and the small museum in honor to the Pope Juan Pablo II, where are the artifacts he used on his visit to Izamal when he crown the Izamal Virgen as the saint of Yucatan.

Doing a ride in the city you will admire remaining of pyramids, and a beautiful eclectic architecture.

Give us the pleasure to talk to you the history of this amazing Town.