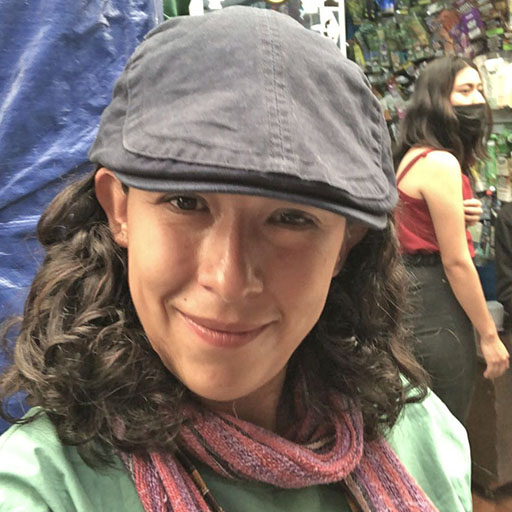 Born and raised in Mexico City, Mariana did her basic education there and she was General Manager at the Mexico City Hostel in downtown, to begin her career in tourist industry in 2008.

Eight years later, she started her training as Tour Guide at the National School of Anthropology and History (ENAH) and worked as volunteer in the library of the Aztec Major Temple Museum (Museo del Templo Mayor) thanks to which she became a specialized guide in site achieving important and valuable information of the Aztec ruins and the archaeological collection in there, since she was actually guiding tours in the Museum.

Later in time, when the Tour Guide training was concluded, Mariana became a proudly licensed Guide and she worked for the Popular Arts Museum (Museo de Arte Popular) doing handicraft workshops to special skills & handicap kids. At the National Museum of Anthropology and History, she did textiles restoration work to rescue the collection of antiques inside the Museum on 2017.

At the Palace of the Fine Arts (Palacio de Bellas Artes) she was welcoming and guiding people to the “Mexican red” exhibition 2017-2018 about the use of grana cochinilla, a bug used to get the famous red color in paintings like “Van Gogh’s bedroom in Arles” and “The Deposition of Christ”, by Tintoretto.
Back to the official school ENAH, she is currently studying Social Anthropology and still working as Tour Guide driving cultural, historic and archaeological private tours in Mexico City and its surroundings, to people from all over the world, interested to know more of this country.

As professional Tour Guide, she is adventurous, dynamic, fun and always willing to do her best to let you have great experiences visiting Mexico.