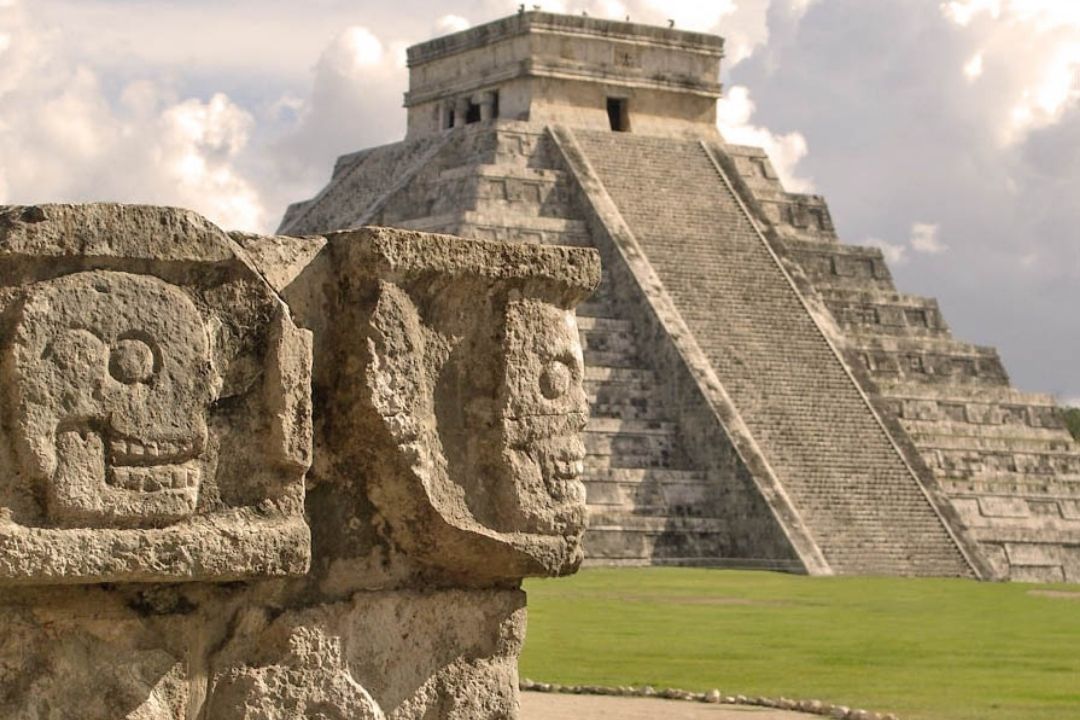 In Chichén Itzá, a new military, political and economic order was established with force, linked to the cult of the feathered serpent, which went hand in hand with new myths, new sacred forces and ritual representations. A clearly totalitarian rhetoric that permeates the urban cosmogram of the new Chichen Itza,

Chichén Itzá reached its peak in AD 800/900, a period known as the Terminal Classic. This urban center was the most important Mayan city in this period. It controlled the salt route in the Mayan area and imposed tributes on other cities. Chichen Itzá controlled the maritime routes of the Yucatan Peninsula, mainly through its main port located on Cerritos Island, where products arrived from the most distant points of Mesoamerica to later be sent to Chichén Itzá by land. This city-state was also the most important pilgrimage route in Yucatán, where they came to worship various gods, especially Kukulcán and in the Sacred Cenote where Chaac was worshiped.

In the case of the Chichen Itzá Tzompantli there is a great deal of hypothesis and speculation surrounding the unquestionable similarities between a phase of the splendor of Chichén Itzá and “Toltec” central Mexico. In the historical aspect, the scarcity of reliable sources is notorious and what we know are only interpretations. But also in the archaeological aspect, the undeniable correspondences in material, stylistic and iconographic traits, and therefore ideological, show that there was an important common base between the culture of the Mayans of Chichén Itzá in the Terminal Classic and the Early Postclassic and those of the Central and northwestern central Mexico around the same dates, between AD 800/850 and AD 1150/1200. 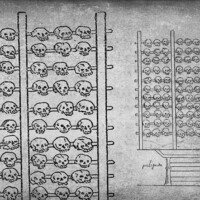 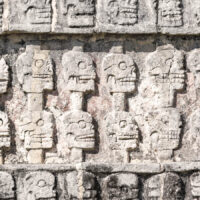 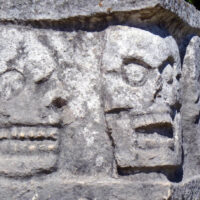 Peter J. Schmidt, head of the Chichén Itzá Archaeological project since 1993 concludes the following; “The Toltecs” in Chichén Itzá is one of the most difficult issues to deal with in relation to this ancient capital of the Itza in northern Yucatán, although for more than a century the matter has been handled as something established, as part of the ” know ”even in school books. However, having been in early times an important point in a group of civilizing centers known as Tollan surely confers more honor and fame to Chichén Itzá than having been a simple colony with a “Toltec” phase or epoch.

On the other hand we know what; The symbolism, the belief, the Dogma of the tzompantli was to maintain cosmic harmony; It was essential to ensure the continuity of life and cosmic health through sacrifice, the Tzompantli was the link between death, sacrifice and balance of the world according to the Mexica cosmogony.

Its execution had to have an extremely complex liturgical procedure, the blood as vital liquid and the extraction of the heart was also important in the rites that were offered to the solar deity. 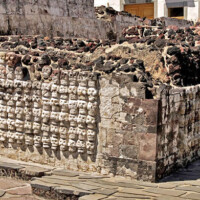 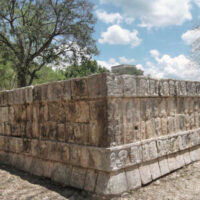 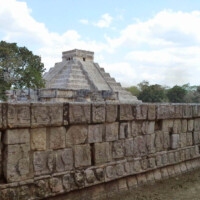 The root comes from the Nahua words “tzontli” which means head or skull and from “pantli” which is row or row. So tzompantli means “Row of skulls”. This name is also used to call a tree whose fruit is the flower known as Colorin; same it is eatable.

In conclusion, everything we know about this ritual is observed in the images of the codices, in the colonial chronicles; writings and pictographs, in paintings and sculptures that are counted today and interpretations of a long line of researchers and amateurs.

Diverse sources of BLOG´S of the UNAM. And publications of Mexican Archeology.

Tzompantli “Altar of Skulls” in Chichen Itza by Jerry Ham.