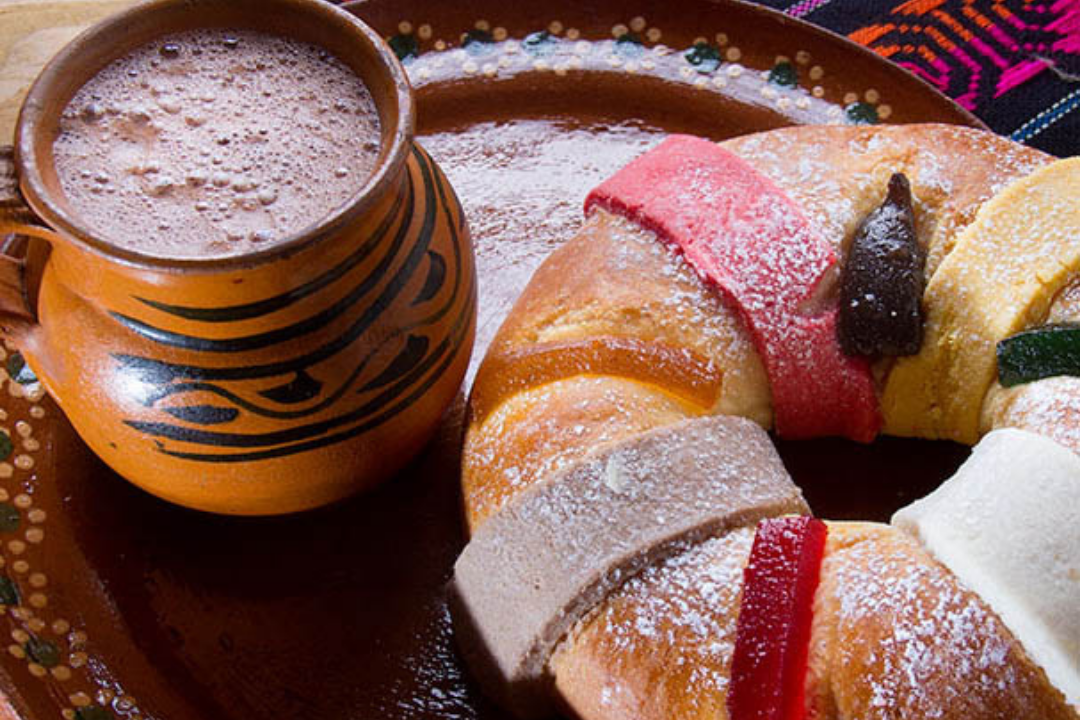 This bread that is made in Hispanic countries is shaped like a big bagel, and more or less imitates a royal crown, covered with candied fruits, which resemble the crown jewels, and that had a little surprise hidden inside it,

In Mexico we usually eat this bread every January 6, but it has been consumed since the 3rd century when, for the festivities in honor of the god Saturn (after the winter solstice), round loaves made with figs, dates and honey.

During the Middle Ages, the Christians took up this tradition, however, it was considered pagan and that later it would coincide with the Christmas celebrations, and they would even be the ones who began with the custom of hiding a bean inside the bread.

For the fourteenth century, the holiday was established on January 6 in France, it was Christianized and named as “Epiphany”, where Western Christians commemorate the Magi, while Orthodox Europeans celebrate the baptism of the child Jesus.

This tradition arrived in Mexico during the 16th century, where the rosca was decorated with figs, ate and acitrón, in addition to replacing the bean with the figure of a child. 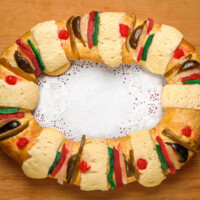 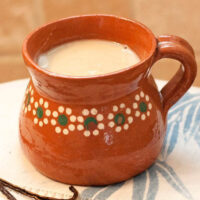 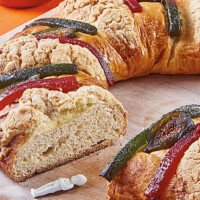 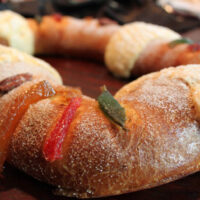 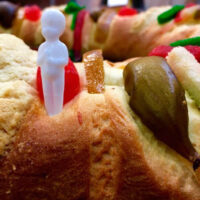 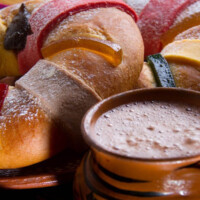 Tradition dictates that whoever finds the Child God figurine will be his godfather, will dress him and take him to mass on the Candelaria holiday (February 2), and also, he had to prepare or pay for the tamales and atole or chocolate for the guests.