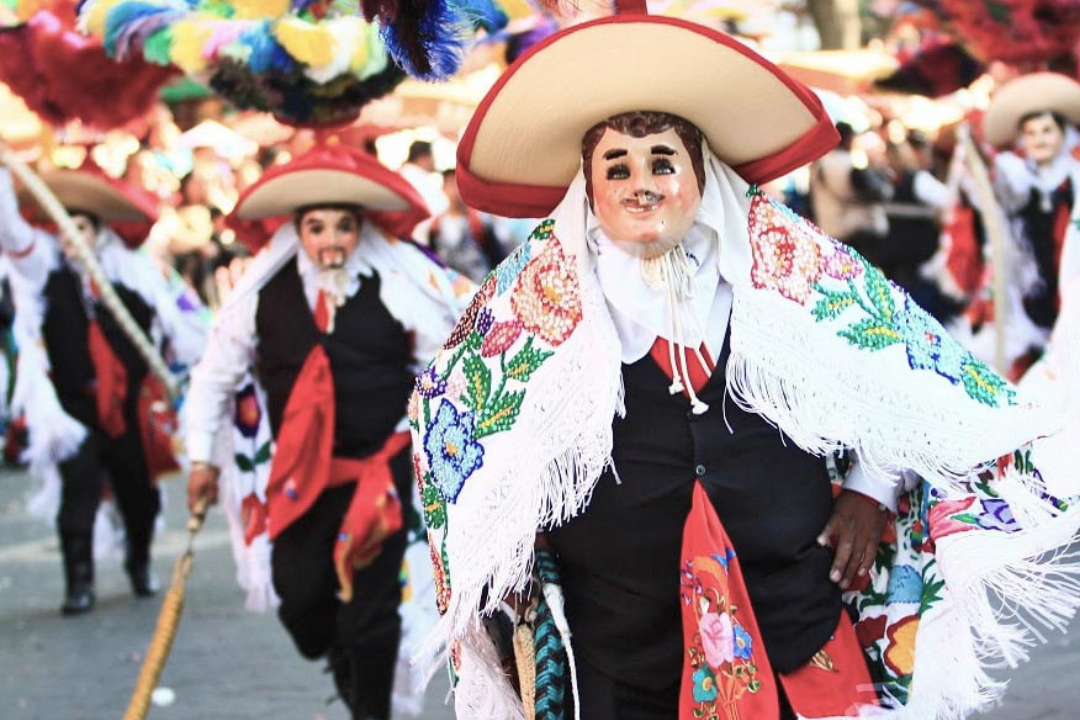 The Tlaxcalans and the Spanish faced each other in several battles before considering the possibility of allying against the Mexicas, to finally conquer Mexico –Tenochtitlan.

The Tlaxcalans were evangelized but with the privilege of preserving their native surnames. However, during Spanish rule, they were not exempt from the exploitation to which they were subjected. Most of the indigenous people, during the Porfirian period, also suffered from the abuses of the landowners. And then at the beginning of the last century they suffered the Revolution.

When the French in 1862 and 67 occupied Tlaxcala, the French soldiers took time, between one battle and another, to teach the young ladies of the occupied towns the music and dance traditions of their homeland. All these historical events are present in the collective memory and are expressed in the carnival. Carnival is the most deeply rooted festive event in all of Mexico, most of the inhabitants participate and there is no municipality where it is not celebrated.

In this carnival, urban elements such as: parades of comparsas, costumes, allegorical cars, the election of a queen and an “ugly” king, the burning of bad humor, the games with eggshells have been incorporated throughout the years. filled with flour or confetti. For the interpretation of the dances, groups of dancers are formed In municipalities of the state of Tlaxcala these groups of dancers are called “huehues”, “masked”, “masks”, “catrines“, “catrinada”, “comparsa” or “charros“.

The most characteristic characters that participate in the dances are identified by their clothing; The catrín wears a white shirt, black pants, a cloth or cashmere frock coat with straight skirts down to below the knee, adjusted to the waist with a satin girdle; cloth or scarf, usually in white that hangs from the head; top hat or bowler hat, with a colored ribbon around it and a rose window with a mirror in the center, a bow tie, black boots and an umbrella. 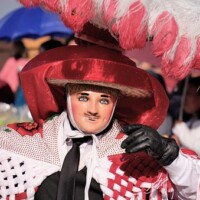 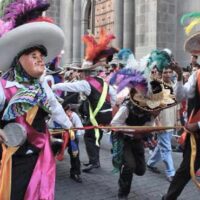 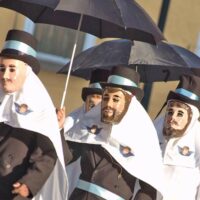 The wooden masks imitate faces with European features, hairless or bearded. They may have fixed or movable eyelids. Apparently a similar costume was worn by the French in the 19th century and the people incorporated it into dance to ridicule them.

The “Charro” wears a very colorful suit with a white or colored shirt, vest and black cashmere pants, a shawl that falls to the knees, fully embroidered and dotted with sequins. A very showy arrangement of colored dyed ostrich feathers emerges from a wide-brimmed velvet-lined hat; bandana or tie; chaps adorned with ribbons and a whip with which they perform the snake dance. The mask of this character is made of wood, hairless. Due to the feather duster that looks like an unfolded umbrella.

The Spanish costume has regional variants, the one used in Tizatlán wears a closed jacket and velvet shorts combined with strips of different colors, embroidered with beads and sequins, golden fringes at the ends of sleeves and pants, socks, tennis shoes and tin crown adorned with pheasant feathers. 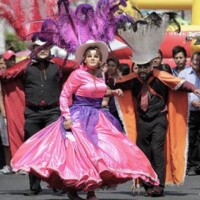 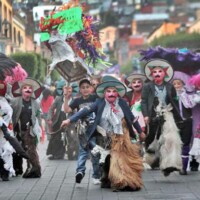 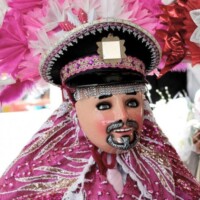 Cultural syncretism is not only manifested in the costumes, dances and music, it is also in ceremonies such as the burning of the effigy of the hanged man, by means of which all the sins that the inhabitants of Santa Ana Chiautempan committed along the way are symbolically erased of the year, or, in which the Umbrella makers take part on Shrove Tuesday, in Tepeyanco, who according to a very ancient tradition, whip a series of roosters that must be slaughtered as was done in pre-Hispanic times.

Other dances in the state; there is the dances of the snake, to the litters of catrines dancing minuets, to which the jota Tlaxcalteca is interpreted with music from the wedding of Luis Alonso, and on the First Sunday of Lent, in Papalotla, we go to the square, where the carnival with a wide display of fireworks.