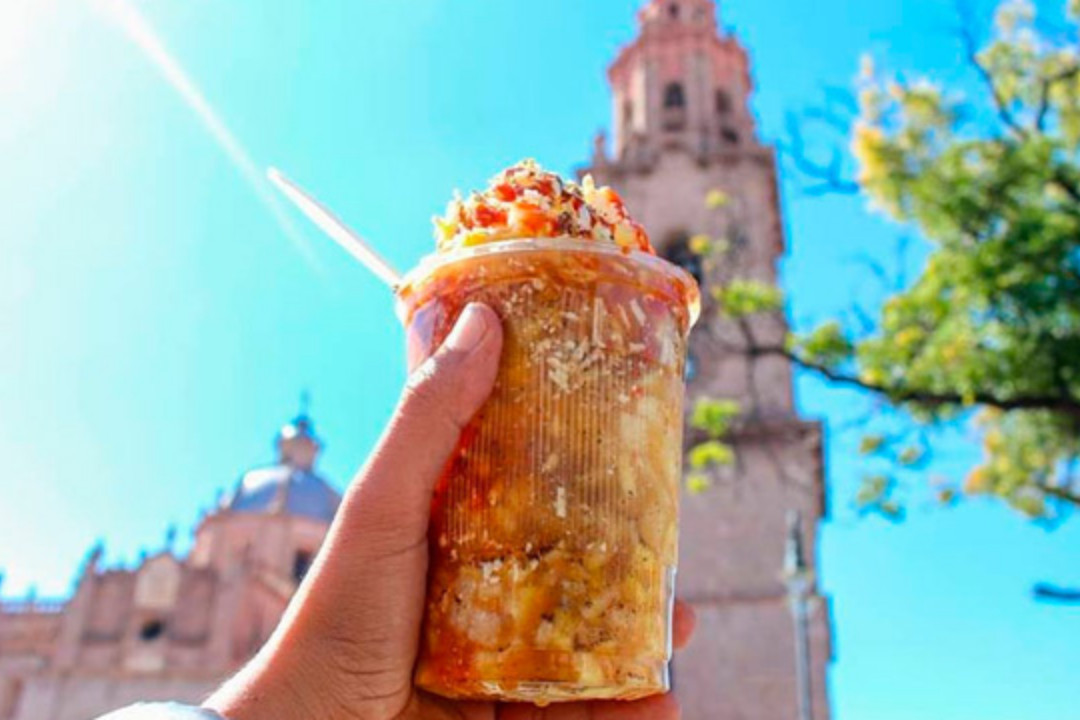 From centuries ago, the gazpacho (with z) was considered a generic word to  name almost any kind of soup cooked with bread, oil, vinegar, salt and some other ingredients. To XIX century people in Spain added tomatoes.

This soup has been a traditional dish around Andalucía, Spain; plenty of olive oil production next to other vegetables in backyards, thanks to which is commonly named as “gazpacho andaluz”. To present day the soup is basically cooked with tomato, olive oil, cucumber, inion, vinegar, garlic & water. So different to the Gaspacho (yes, with letter s) in Morelia, Mexico which is closer to a fruit cocktail, with no connection to the soup in Spain. 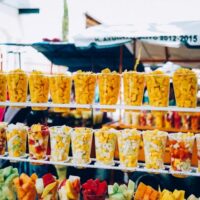 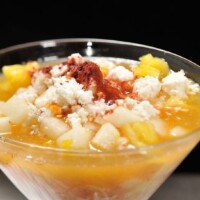 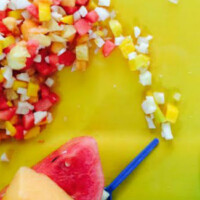 According to the story of El Güero (a local fruit vendor) his father teach him how to make money from selling fruits on the sidewalks in Morelia and over 40 years ago now, he remembers a lady who asked him to chop the fruits in smaller pieces, so she can enjoy chewing easier! This was the idea to sell the Gaspacho!

The original recipe includes mango, jicama and pineapple, all them seasonal fruits cultivated in the state of Michoacan, chopped in small size to add orange juice, salt, lime drops, chilli and Cotija cheese! The cheese, chilli and orange juice work to balance the salad/sweet bite, this is the trick; the secret of success for the Gaspacho!

Next time you can travel, enjoy this unique snack when visiting Morelia, 3 hours west from Mexico city, on the way to Guadalajara. Source: Wikipedia & personal experiences. 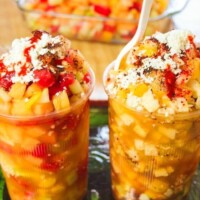 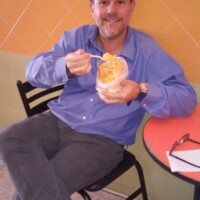 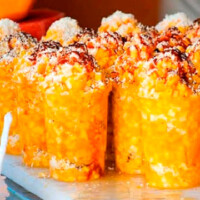