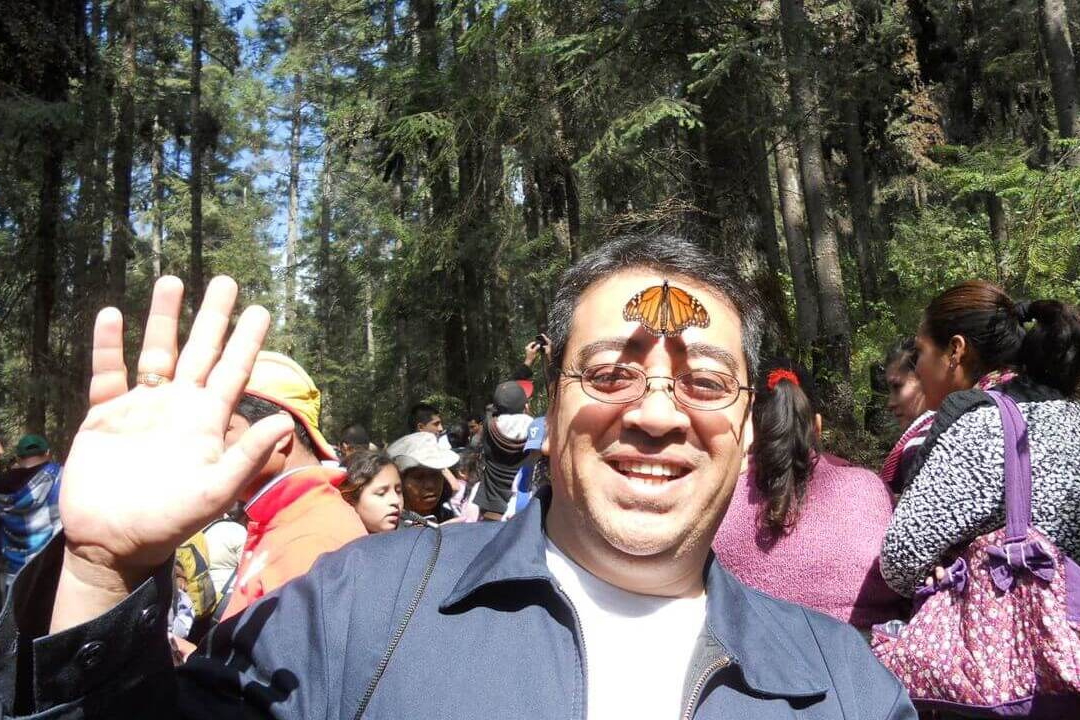 With the first snowfall in its habitat, the butterfly begins the flight to the South, in 8 hour journeys and a speed ranging between 16 to 38 kilometers per hour according to the weather and wind direction. It’s still a mystery the way which the monarch butterfly is orientated and always finds, since hundreds maybe thousands of years, the same place with small variations.

The researchers don’t agree and have formulated two hypotheses: One says that is orientated through the magnetic differences existing in the mountains. This is due to the fact that it has been proven that the butterfly, behind its head, has magnetic material. The second says that it uses sun rays polarization to navigate, since this present, there is a variation on its inclination, according to the epoch of the year. 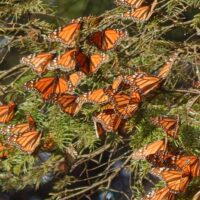 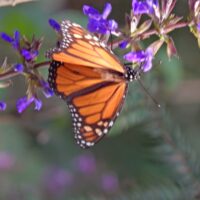 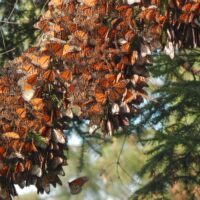 On their arrival at Michoacán, they soon recover from the trip due to the abundance of néctar and undergo a period of lethargy, resting on the trees, and in March and April they couple and, in some days later, they begin their trip for returning.

When they arrive in Canada and the USA, they put their eggs in certain plants called “asclepias” (milkweed). Afterwards, the larvae appear changing color, and then they elaborate a silk net when they are chrysalis and in the next few days they are converted into brilliant monarch butterflies, precisely due to their beauty and excellence.

All this metamorphosis has been developed between three to five weeks, since the years of the discovery of sanctuaries, twenty years ago, and man has caused the number of butterflies to be reduced to half its number. Maybe in the next 100 years the monarch butterfly will disappear in México, shall we allow it? 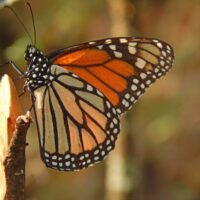 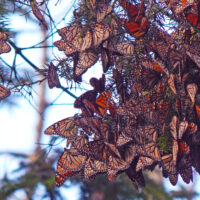 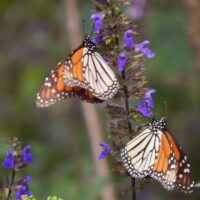 Meanwhile, enjoy travelling to Mexico and, way up to the volcanic mountains in Michoacan, consider yourself lucky when a Monarch flies towards your body and poses on you, making a magical moment in life! Local families refer that the monarchs are the “Dead Souls” of their ancestors coming back to this world. Most important is the magical day this may happen on November the 1st when they arrive in Angangueo to winter in the woods.