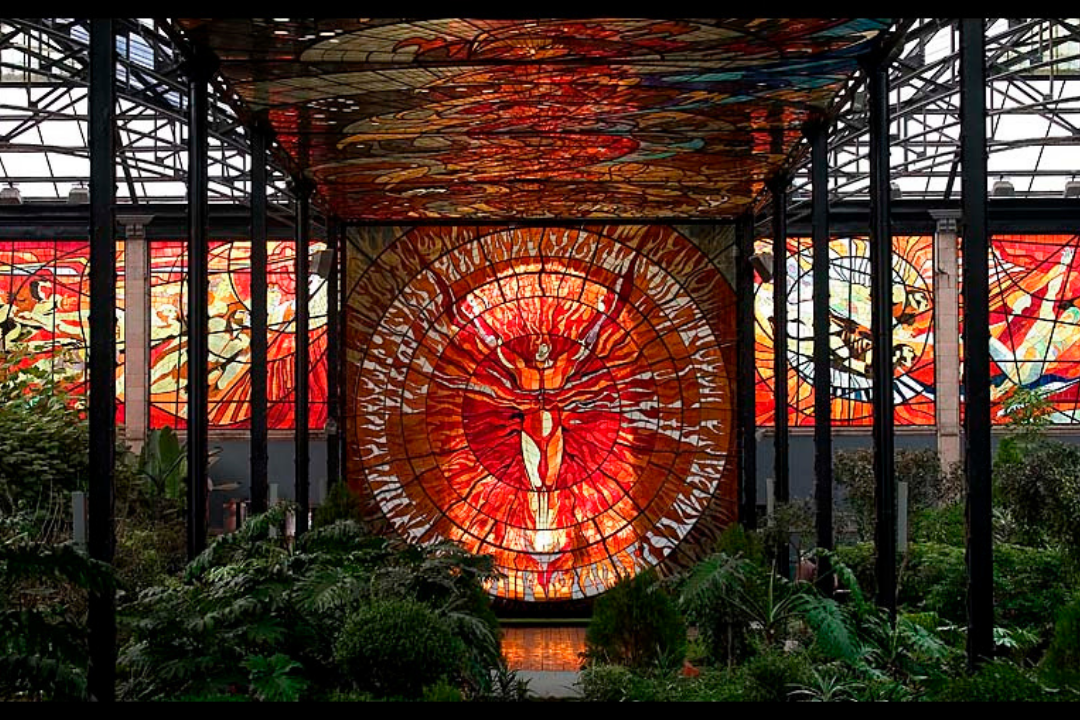 The building that supposed to be a train station was finally concluded to 1910 and was open to host a local market, forgetting about the art nouveau-style from the original project.

Operating for this market for over four decades, the building’s frequent use with vendors inside and out severely damaged the construction. When the market ceased to function, it was almost completely restored with major changes in its structure. Among these changes, the most important was that the artist Leopoldo Flores made an immense mural on the premises. To create his work of art, the sculptor and painter directed dozens of local artisans and workers to join him. The project was so ambitious that it took another two years to complete.

However, the result of this hard work was wonderful since instead of a mural, the artist made 48 stained glass windows! It should be noted that when making the stained glass, Flores used pieces of glass in warm colors to evoke reason and light, and dark ones to talk about madness and evil and then, step by step, he developed the theme of the stained glass: The origin of the universe and its interaction with mankind. 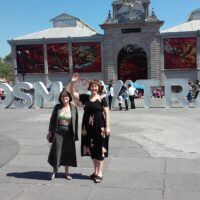 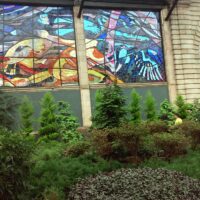 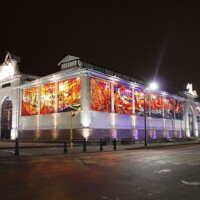 Open to the public since the 1980s, in the central part of the stained glass window you can see Constellations like “Trifid” and “Andromeda”; in the background you can see the “Orion” Constellation and to the south side you can see “Sagittarius”. Among other figures in the mural you can find numerous birds that represent, according to the species, freedom or oppression.

The general theme of this artwork is universal duality, the opposition of night with day, of woman with man, of good with evil, day and night, life and death, creation and destruction; a synthesis of cosmogony expression. By the front door of this stained glass window there is a large circle of fire where the figure of man is performed, recalling the Pythagorean golden ratio.

To build all this, 75 tons of metal structure, 45 tons of blown glass and 25 tons of lead pipes were used; and the whole set is made up of 500,000 glass fragments of 28 different colors.

But that’s not all, in this amazing place visitors will not only be able to see how daylight is transforming inside, but they will also be able to visit one of the most impressive botanical gardens in Mexico. There is a green oasis inside with more than 400 species of plants and flowers from all over the world. 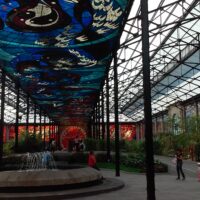 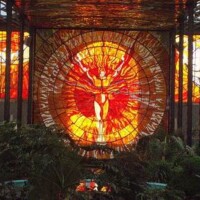 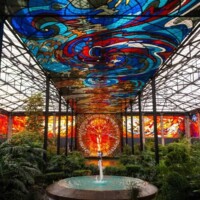 Don´t forget to visit this in your trip to Mexico; it is a great experience to admire the collection of plants and flowers while enjoying the immense kaleidoscope of colors by Master Leopoldo Flores.