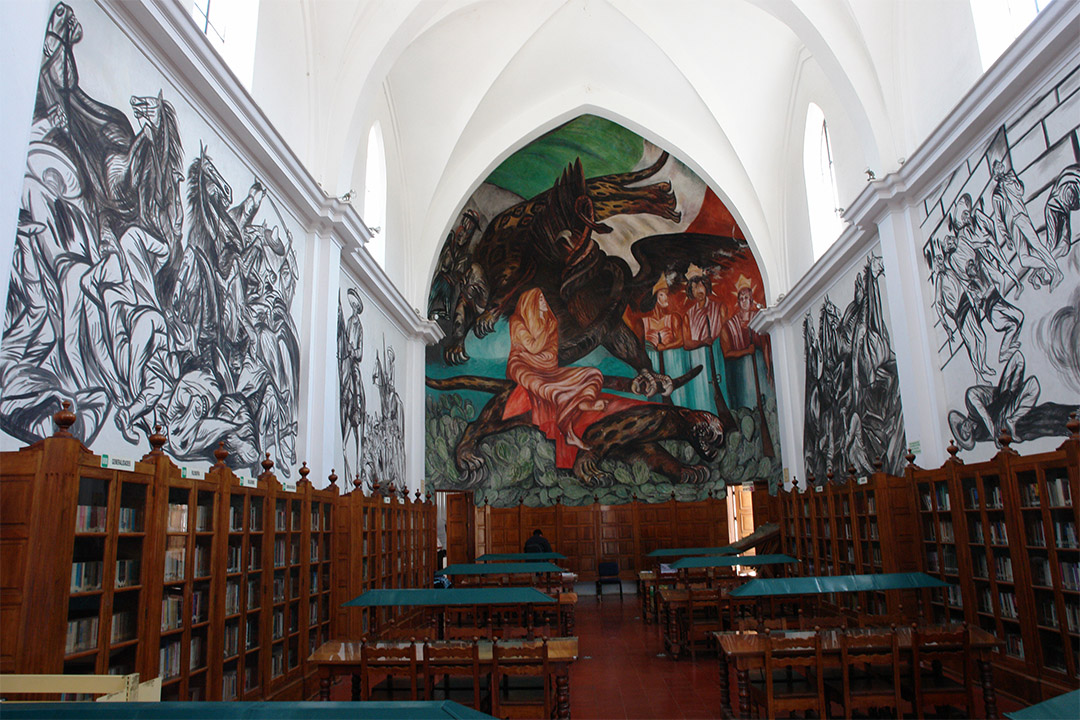 Murals were initially started by the government in Mexico, led by the Ministry of education, a few years after the Revolution was over and it was a way to promote the “mestizo” heritage of the nation and glorify the Revolutionary efforts, and were often considered controversial at the time of painting.
However, modern Mexican muralism has deep roots in pre-Hispanic traditions of the Olmec, Mayan, Aztec and other ancient American civilizations that created magnificent murals of impressive blue, red or white colors in pre Columbian times.

Influenced by the “Big Three”: Diego Rivera, David Alfaro Siqueiros and José Clemente Orozco, Mexican muralism began around the 1920´s and was always linked to the promotion of social and political messages, most often linked to concepts of socialism. 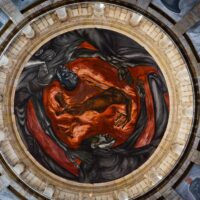 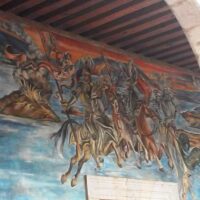 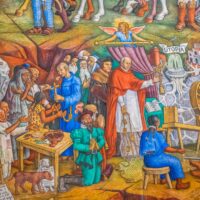 Rivera was the most traditional of the three, inspired by cubism and European modernism, when he´s back to Mexico he focused on indigenous people and culture in his art. Orozco was far dourer than Rivera, expressing fear and pain in his murals and shying away from glorification of the Revolution. Siqueiros was probably the most radical and communist of this “Big Three” (which made him unpopular in Mexico and the US) The “Big Three” were not the only muralists of the movement, other important artists that build up a reputation were Pablo O´Higgins, Jorge González Camarena, Federico Cantú, Alfredo Zalce, Rufino Tamayo, Juan O´Gorman, Aurora Reyes, Valetta Swan, Fanny Rabel and Marion Greenwood. 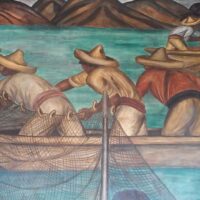 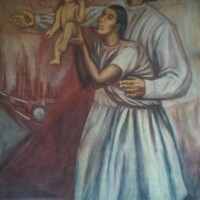 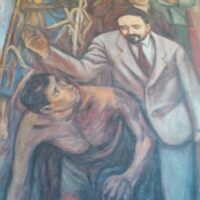 Years ago Carlos Monsivais, an important social leader and writer committed to the social movements in Mexico wrote: “muralist helped to build up the image of a unified country and spread the idealism of Mexico”.