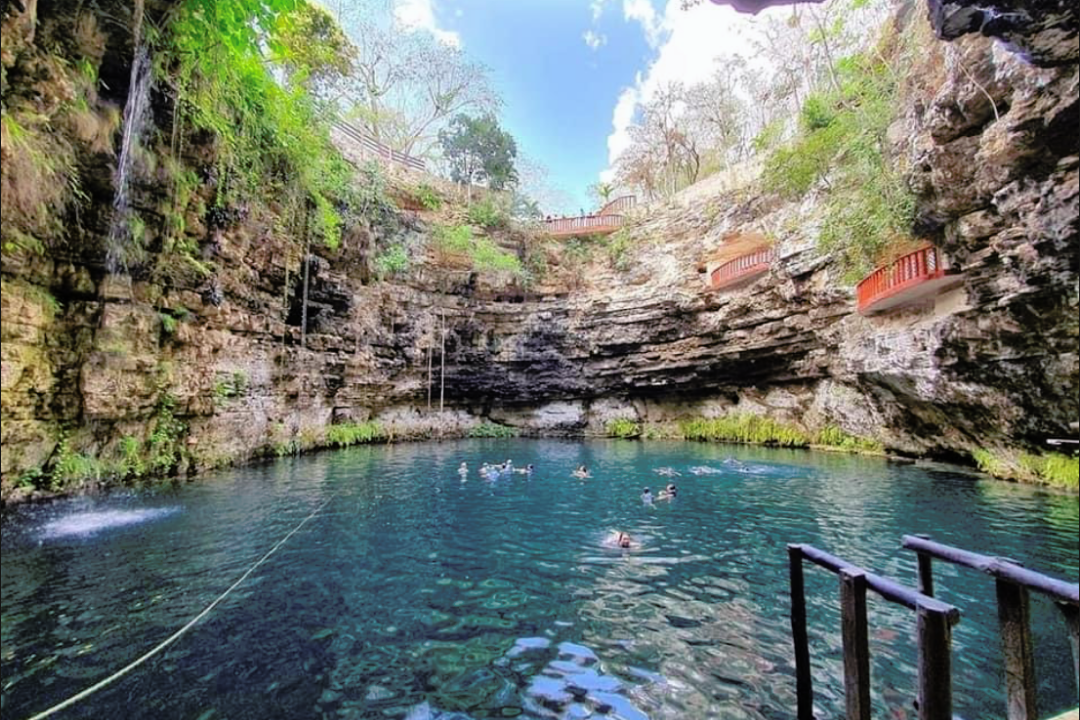 Did you know that in Yucatan Mexico, there is the largest freshwater lake in the world?

Covering an area of approximately more than 140,000 square kilometers (90,000 square miles), but underground.

This lake was formed due to a natural phenomenon as a result of many thousands of years, and other whims of mother nature, that is: when a meteorite, more than 10 km (6 miles) in diameter that impacted the earth in the Gulf of Mexico, which was accompanied by thousands of smaller meteorites, and whose impact created a kind of ring of craters, around the main crater of about 60 Kms (40 Miles) in diameter and a depth of a little more 3 Kms (2 Miles) and a landslide of about 100 Kms (60 Miles) from the epicenter of the impact (which reaches about 300 kms or almost 200 miles around it), in a North-South direction, a little more than 65 million years ago , caused the extinction of the dinosaurs on the face of the earth. Before that event, the Yucatan Peninsula was submerged, and after which, the waters that went to the depth of the crater, allowed it to emerge to the surface, the said meteorite created a channel and is currently about 2 Kms (1 : 5 Miles) underground, right where Hacienda Yaxcopoil is currently located. 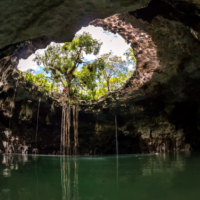 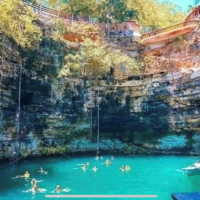 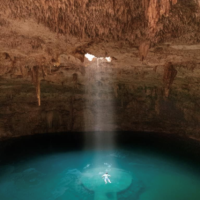 The exposure to the environment of the sand that was previously the seabed, was petrified, creating 2 types of stone, the limestone (very porous) and the sand stone (the softest), which suffered a lot of damage during the glaciations When the sea froze and melted, the currents created by these waters gradually washed the sand not yet petrified below the surface and sent it to the sea, forming two regions of clean white beaches, those of the Gulf of Mexico, and those of the Caribbean, and whose effect of the pressures of these waters entering and leaving under the peninsula, left only a kind of shell on the surface, an empty part, and sea water with white Virgin sand in the bottom, with the rains from all the thousands of years, the water from it has filtered through the pores of the limestone, which is an excessively efficient natural filter and accumulating in that empty part, very light water but with a high content of calcium, and little by little as it filled up until it almost reached the surface, it began to drain towards the sea, due to the continuous movement of the Pangea that makes Yucatan continue to emerge little by little from the sea, and its inclination towards the north and the west.

All the erosion formed by the rain and the pressures of the sea when stretching and leaving the peninsula, created more than 3,000 perforations where this fresh water can be reached, which are connected to each other, through caverns, caves or simple cracks, and the which were sacred to the ancient inhabitants of the region (the Mayas), they called them Dzonot, a word in their own language that the Spanish deformed due to lack of ability to reproduce sound in their own language to Cenote, which are practically the only natural resource of fresh water throughout the peninsula, and which was sacred, since it represented the entrance to the underworld, or Xibalba, for its culture and religion. 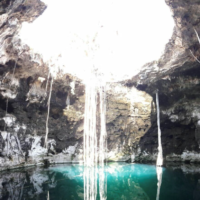 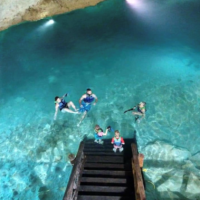 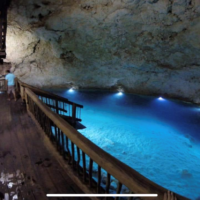 Currently they are also used as tourist attractions, for swimming and or some other activity.

“The Cenotes” by Fernando Hernández.